The Dos And Don’ts For Your Bachelorette Party 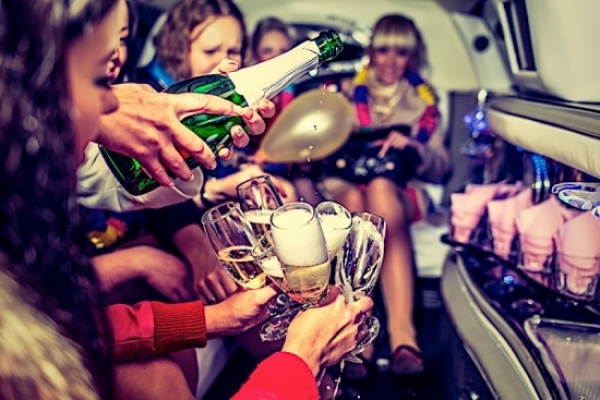 Finally, he finally popped the question and put a ring on your finger. Either that or you went the unconventional route and got on bended knee yourself. However you ended up with that ring on your finger, you have something to look forward to now: the bachelorette party. Yes, the wedding is important too, but who can pass up a party?

As you know many bachelorette parties end up with everything in a certain shape(we will leave that to your imagination) and possibly people dancing while scantily clad during a party that traces back to the ancient warrior race of Sparta. However, just because a party involves alcohol during one of the last nights you get to spend as a free woman doesn’t mean there aren’t certain boundaries you just don’t cross. In an effort to keep you out of trouble and limit the cliche based party favors, let’s take a look at some do’s and don’ts for your bachelorette party.

Don’t Make Your Guests Spend A Lot Of Money

The girls coming to your bachelorette party have probably already spent a fortune to just attend your wedding. They probably bought a dress, saved for travel, food, living arrangements, and had to take time off for work which means they have even less money just to see you stand at the altar with a guy who is taking their best friend, daughter, or sister away. Try to set a limit on how much they can spend and try not to ask them to bring anything. Of course, they’re probably going to bring something anyway, but it’s nice knowing there’s not any more pressure.

Do Let Your Fiancé Know What’s Going On

Your fiancé is probably going to have a bachelor party of his own, and of course, even if you trusted him completely (which you kind of should or else you wouldn’t have agreed to get married), you would still want the details of his party. You don’t have to know everything that will happen, and maybe for you, that might be for the best. You should extend the same courtesy by at least letting him know any expectations or at least where you will be in case of an emergency.

Don’t Use The Time To Complain

Yes, it’s one of your last nights as a free woman, but don’t get suckered into doing things you’ll regret. You should take that time to unwind and have fun but definitely set your limits. That might be difficult to do because alcohol makes people do things that they regret the next morning. While you might want to regret drinking the next morning while you’re suffering the morning-after migraine, you don’t want to be fooled by your bachelorette party guests to complain about losing your freedom to the point where you’ll do something during your bachelorette party that you’ll end up regretting, lest you wake up in a barn next to a horse who is giving you a funny look.

Do Take A Ton Of Photos

This isn’t the olden days where you had to pick up an instant camera that you had to wind and then go to a photo center to find out you had red-eye in all of your photos. Every device has a camera now. Your phone, a tablet, your watch, probably a toilet. However, if you do find a camera on your toilet, then you should probably contact the police. Anyway, make sure you take plenty of photos, so if you do happen to wake up next to a horse the next morning you can piece together the puzzles of everything that happened the previous night. If only there was a movie that warns you about something like this starring lovable comedic actor Zach Galifianakis. Hmmmmmm.

The main theme here is have fun but be responsible. Oh, and do not do anything you would be upset with your future spouse for doing.