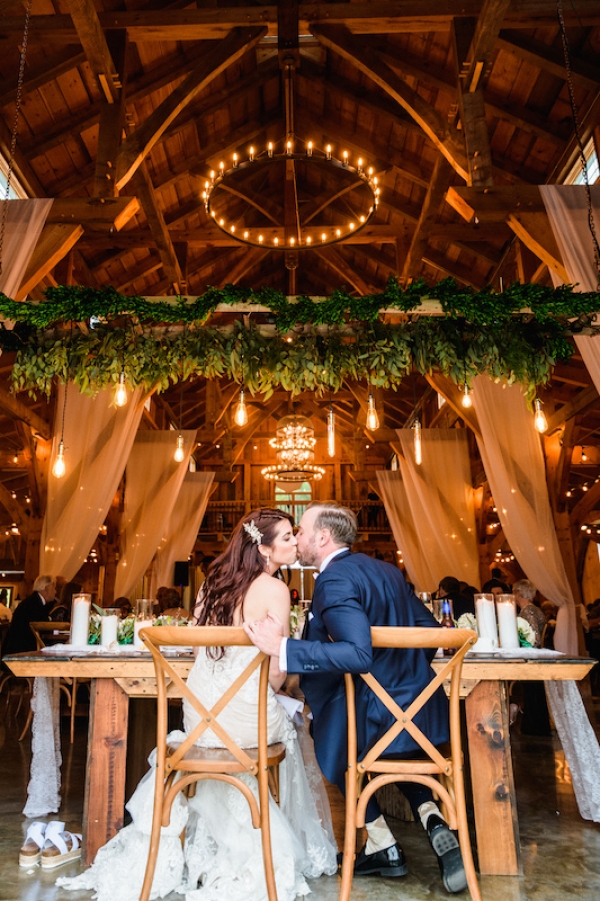 Brendan and I initially met in college where we became good friends, although I secretly suspected that he was harboring a schoolboy crush. We went our separate ways after college but kept in touch. In 2013 when I moved to New York City where he was living, it happened to be “No Shave November” and after seeing an older, scruffier Brendan, our friendship entered a new season as boyfriend and girlfriend.

After eight years, as summer turned to fall, Brendan proposed to me. He took me out into the apple orchards at Indian Ladder Farms, a beautiful scene set against a backdrop of rolling green hills, on what seemed like an innocent hike with friends. Once we stepped out between the rows of apple trees to take our picture, he dropped down on one knee and the rest is history.

Although we lived in New York City, it was always my desire to be married in upstate New York close to family and friends, and ideally at a venue that incorporates the natural beauty of the area. Coincidentally, a day after the proposal my cousin’s girlfriend gave me a copy of Saratoga Bride, in which we found our incredibly beautiful venue, The Barn at Lord Howe Valley in Ticonderoga, New York.

Our wedding day started out with some inclement weather that led to moving the location of our ceremony indoors. The result was more breathtaking than I ever could have imagined, and just as cocktail hour commenced, the sun broke through the clouds, and we were able to enjoy the outdoors! After a year of social distancing and dealing with the pandemic, we are so thankful and incredibly honored to have been able to celebrate our special day, surrounded by our closest and most loved family and friends.

Special Touches... We wrote our own vows which was an incredibly special experience for us to share with eachother in front of our close friends and loved ones.

Advice to Pass Along... Try to let go of the notion that everything needs to fall into place exactly how you planned it. Things are bound to change last minute, but if you just embrace it I think you'll find that everything will happen for the better - you won't even be able to imagine it any other way, because it’s your day.